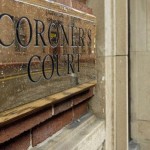 Claire Jenkinson, who is the Funeral Arranger at our Kimberley office, was recently called up to serve on the jury for a Coroner’s court. The experience had such an impact on her that she has written this account of the day. 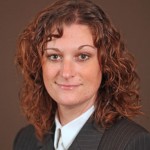 I was recently chosen to be a juror for an inquest at the Coroner’s Court. An inquest is a legal enquiry into the circumstances surrounding a person’s death, where the person may have died a violent or unnatural death, or in certain other circumstances. Unlike other types of court cases the jury are not required to find someone “guilty” or “not guilty”, or to blame anyone. As a juror I was required to record my findings of particular facts about the death, including who the person was, along with how, when and where that person came by his or her death. At the end of the inquest we were asked to deliver our conclusions and reach a verdict about these matters. I was appointed to report the jury’s findings back to the court – as this included the deceased’s family I was mindful to ensure that this was done in an sensitive and respectful manner. This was a real privilege.

Being a juror is an important role and plays a vital part in the legal system. To act as a juror, upon arriving in the court room I had to be sworn in, by repeating an oath after the court official. During inquest proceedings it is usual that medical experts, police and other professional witnesses give evidence, while lawyers and the deceased’s family members are present. Taking part in jury service was emotional, seeing a bereaved family in distress and hoping to help them in obtaining some sort of closure. For my job as a funeral arranger it was an interesting experience, it will certainly be beneficial to be able to accurately advise families what to expect at an inquest involving their loved one.