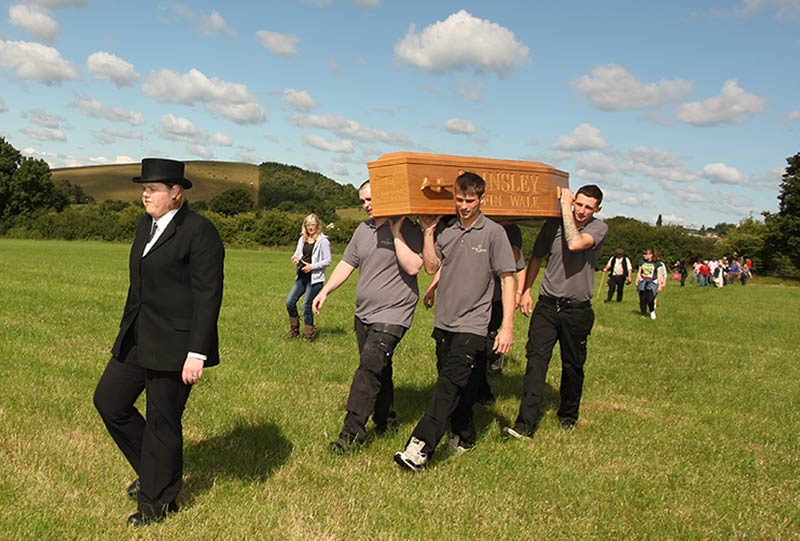 This year’s Brinsley coffin walk was a little different to the usual low-key affair, as it featured a full-sized coffin led by our Funeral Director Joanne Hutsby.

The coffin walk, which is in its tenth year, has previously featured a miniature coffin carried by one of the walkers. This year the organisers wanted to give the event a bigger profile, and arranged for our good friend and coffin manufacturer Steve Soult, who lives in Brinsley, to produce a full-sized coffin, and asked to lead the coffin across the fields.

The coffin was led from St James’ Church, Brinsley to St Mary’s Church, Greasley to commemorate the time before Brinsley had its own Church, when the coffins of those who died in Brinsley would be carried across the fields to be buried in the Churchyard at Greasley. Following the coffin were about 40 walkers who represented the mourners who would follow the coffin.

“It was a real privilege to be involved in the coffin walk, and recreate an event that the ancestors of local families would have been familiar with in the days before businesses such as ours existed. said Joanne. “We certainly raised a few eyebrows amongst the passers by on our journey, but I think we helped to raise the profile of this unique local tradition which I hope will continue for many years.”